In 2013, Kobe Bryant, one of the greatest modern-day athletes, tore his Achilles tendon, an injury that impacted the rest of his career. In the weeks leading up to the injury, Bryant was clocking in nearly 45 minutes per game, as the Los Angeles Lakers made a late-season push for a 2013 NBA playoffs berth. Bryant succeeded in steering the Lakers to the postseason, but not before paying the ultimate price.

Just like Bryant, a myriad of athletes have been victims to career-ending injuries and many of them suffer the consequences throughout their post-retirement lives. Injury mismanagement can perhaps be attributed to coaches and performance directors, especially in team sports, but the athletes themselves cannot be absolved of blame. Submerged in a highly competitive realm, athletes are known to shrug off niggling injuries and concussions, for a shot at the highest of highs in sporting euphoria, and in this relentless pursuit, their body inevitably breaks down.

"I am excited to partner with Empericus, ensuring they are able to take advantage of the best Microsoft technologies as they build the future of sports medicine"
-Dr. Simon Kos, CMO at Microsoft WW Health

Empericus, a technology startup driven by its motto of “Athletes First,” is a flag-bearer and leader in a revolution within healthcare and sports medicine. While maximizing the power of AI, clinical science, patient wellness, and genomics, Empericus does not draw the line at just helping athletes steer clear of career-derailing injuries; its team of passionate healthcare professionals believes that athletes who receive “the quality care they’ve earned” are better positioned to realize their full potential and live healthier lives beyond their competitive years.

Empericus is a diverse team of intelligent professionals with deep domain experience as global leaders in healthcare and sports medicine. As significant contributors to the International Olympic Committee’s transition from paper to digital electronic records, two of Empericus’ founders were part of a former team which deployed the first-ever electronic medical record (EMR) software system in the cloud for Team USA at the 2014 Winter Olympic Games in Sochi, Russia.

This groundbreaking initiative was the catalyst for the IOC Medical and Scientific Commission to take action and begin their digital transformation process of athlete medical record management on a global scale during the Olympic Games. The same two founders also led their former teams to design and implement a cloud-based, language-agnostic Athlete Management Solution for the International Olympic Committee, at the 2016 Summer Olympics in Rio de Janeiro. It was during the Rio Games that a digital athlete management solution was implemented for the first time ever, to capture injury/illness reporting for all Olympic Athletes from across the globe.

The success at Rio was a direct impact of combining data with intelligence and science, to drive best care pathways for athletes


“It was these experiences and successes that we built upon, to create a new company with an innovative approach. Combining our inspiration, knowledge and our relationship with Microsoft is where we began the creation and development of the Empericus Health Intelligence Platform,” says Ronald Pruitt, CEO, Empericus.

Empericus has closely observed three trends that have affected the sports landscape, namely healthcare, technology, and consumerization. In healthcare, it has witnessed an increased focus on personalized and remote care, as more athletes seek customized treatment plans. In technology, the market has seen an unprecedented data explosion, from the innovation of wearable devices and tech togs. And finally, Empericus has taken note of individuals becoming stewards of their own data and thereby engaging in their own health improvement. These burgeoning trends also provided additional inspiration for the Empericus Health Intelligence platform, according to Bob Mack, COO of Empericus.

Empericus extends its lead from the competition with its innovative approach by “Bringing Data to Life,” as explained by Nuno Godinho, CTO/CPO of Empericus. “It is all about how we collect, co-relate, and aggregate the data, and deliver truly actionable insights. Our platform is revolutionary because of the data visualization and how the dashboards and graphical analysis allow users to grasp the true meaning of the data through a single-pane-of-glass approach,” says Godinho. The platform gives a 360-degree perspective to anyone who has a vested interest in the overall health and performance of an athlete or individual.

To gather athlete data, Empericus uses advanced encryption data transfer protocols to ensure the highest standards in data protection. Through its patented data acquisition protocols, Empericus can access an athlete’s entire medical information, upon consent. Thereafter, the procured data is pooled together with sophisticated tools underpinned by epidemiology and other proprietary algorithms, before generating actionable insights.

As part of its subscription services, Empericus gives athletes and their respective care teams a comprehensive set of tools and services that seamlessly interprets the accumulated data. By means of “predictive intelligence,” the Empericus Health Intelligence platform goes a long way into ensuring the athletes realize their full potential.

The Empericus Health Intelligence platform has many noteworthy highlights: seamless integration and visualization of all data; EMR health records, sports and performance data and health and wellness data. The platform uses proprietary algorithms that put the data into perspective. The algorithms aggregate massive amounts of data, translate the clinical information from multiple care providers and all sensor-enabled data.
Using machine learning, Empericus categorizes the information based on factors such as sports discipline, the individual players, team members, and position-specific metrics. This way, the platform delivers role-based “actionable insights” for individualized and personalized care protocols for the entire team.

Working with many professional athletes, Empericus considers security and privacy its utmost priority. It is why the athlete’s medical records and personal health information are accessible only by authorized personnel, and the reason Empericus does not sell, share, or advertise any of the sensitive information. “It is our job to protect the data,” says Pruitt. In some cases, Empericus is obligated to grant the team owners access to a player’s information, based on a contractual agreement. Empericus takes special pride in honoring that commitment due to its association with several prominent sports teams.

Empericus’ ability to protect athlete data is one of the reasons Microsoft aligned itself with the sports tech startup. Hector Rodriguez, MBA, chief information security officer (CISO) of WW Health Microsoft, says,“Modern solutions, like the Empericus Health Intelligence Platform, must be built to minimize the risk of data loss and not compromise the confidentiality, integrity, and accessibility of that data throughout its lifecycle. That is why it is exciting to work with Empericus on their innovative approach to delivering their Health Intelligence Platform.” - Hector Rodriguez, MBA, CISO WW Health Microsoft.”

Powered by advanced AI, BI, and the full capability of the Microsoft Intelligence Cloud, Empericus ensures that an athlete’s health record and patterns are available anywhere, to anyone with the right access. While acknowledging that the affiliation with Microsoft provides a strategic edge over its competitors, Pruitt emphasizes that the partnership is mutually beneficial. “We are not just leveraging Microsoft’s services, but this is a collaborative partnership which drives innovation in product development, from a technology perspective. We work closely on building comprehensive solutions which address unmet needs in the sports and healthcare industries,” says Pruitt.

Dr. Simon Kos, chief medical officer (CMO) at Microsoft WW Health, adds, “Despite all our recent progress in sports medicine and sports science, the systems we use do not allow us to unlock the next frontier of progress—using the power of data. Empericus understands this and has developed a platform that raises the bar. I am excited to partner with Empericus, ensuring they are able to take advantage of the best Microsoft technologies as they build the future of sports medicine.”

With hundreds of athletes already in the system as early adopters, the company plans to release its General Availability in Q3 2019, with continuous growth opportunities aligned to expand services in North America and Europe in early 2020. Driven by technology and passion, Empericus intends to push the boundaries in sports science/ sports medicine.

Team Empericus is off to a rollicking start in 2019. “Committed to revolutionizing the way healthcare is delivered, we transfer data to knowledge, then transition the knowledge to intelligence for our customers, providing all key stakeholders the ability to make faster, more informed decisions, create personalized care strategies for athletes—which improves performance, minimizes injury and accelerates recovery times, concludes Pruitt.
- Arijit Sarkar
April 02, 2019 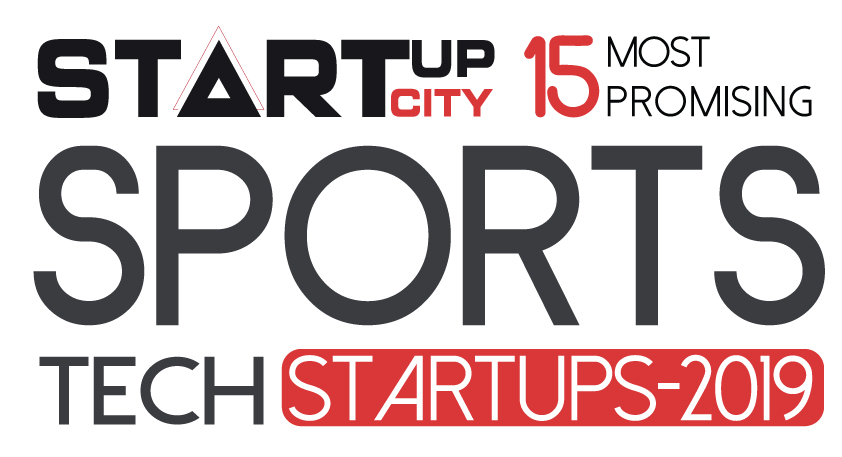 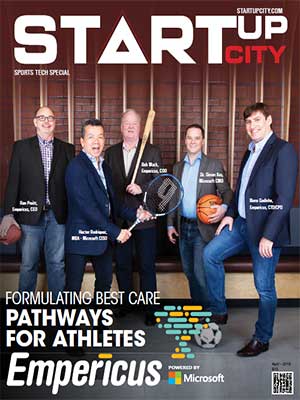